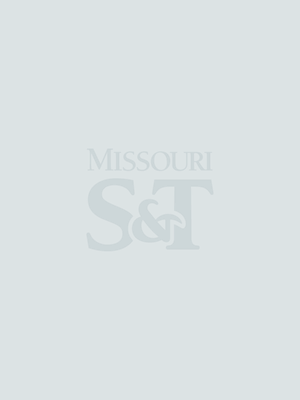 Jesse T. (Tom) McMahan is Co-President and Founder of Modern Technology Solutions, Inc. (MTSI) of Alexandria, Virginia. MTSI operates in several locations around the country with core capabilities in modeling and simulation of advanced aerospace systems, flight and ground test support, systems engineering, acquisition planning, operational concept development, and business and financial management. He has been with MTSI since its founding in 1993 and has seen the company grow to over 200 employees. His specialty is in advanced technologies supporting aircraft survivability and weapons as well as in modeling and simulation of air defense systems.

Tom left UMR with a Bachelor of Science in Electrical Engineering in 1966 and worked for the Naval Ordnance Laboratory in White Oak, Maryland until 1968 when he entered the Air Force. His 25 year Air Force career was devoted to science and technology programs and weapon systems acquisition. The Air Force sent him back to UMR in 1972 for a Masters Degree in Engineering Management. He was fortunate to become involved in the early days of the stealth and counter stealth technology programs and spent the last 15 years of his career in that area. His final Air Force job was as Director of Electronic and Special Programs in the Pentagon.

Tom is now working about half time with MTSI. He is a past member and current ad hoc advisor to the Air Force Scientific Advisory board and sits on Boards of Directors and Strategy Boards of several small companies involved in advanced aircraft survivability technologies. He is enjoying increasing spare time with his wife of 39 years, Priscilla, and his two main avocations – sailing and cycling.